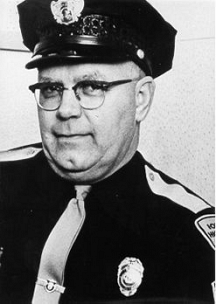 At about 6 p.m. on Friday, June 11, 1965, Sgt. VanderLinden was on his way to investigate an accident north of Sheldahl. While passing through a gravel intersection about 15 miles north of Des Moines, his patrol car was struck broadside by another vehicle. The force of the impact threw both vehicles into a ditch. The patrol car was hit on the right side which caved in to the driver’s seat. The front end of the other vehicle was totally demolished. Both men were killed instantly.