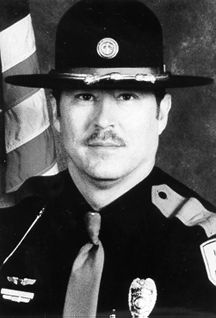 At about 7:30 a.m. on Sunday, October 14, 1990, Nieland took off in a Patrol Cessna 172 from the Cedar Rapids airport to help in locating and capturing a robbery suspect driving a stolen pickup truck. Other troopers had set up a roadblock on U.S. Highway 151 south of Little Amana. Nieland had spotted the suspect vehicle and was over it when his aircraft suddenly nose-dived into a field near the intersection of I-80 and U.S. 151. The impact of the crash was severe, killing Nieland, and the plane caught on fire. Bystanders from a nearby motel tried to extinguish the flames, but were unsuccessful. The suspect was caught shortly thereafter and charged with vehicular homicide.